Uncovering the Deep Principles of Change 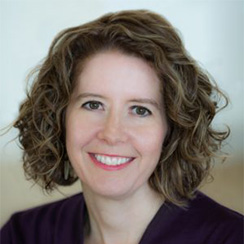 Contrary to conventional wisdom, we don’t stop growing when we exit childhood. In fact, understanding the stages of development that adults go through can completely change the way you see the world.

In this episode adult development expert Jennifer Garvey Berger explains the different stages, how they impact leadership styles and why it’s important to be able to recognize them for effective coaching to take place.

What Is Adult Development Theory

When we’re young we make sense of the world in very concrete ways. We deal with our needs and how to get what we want, optimizing for us. This is normally the last stage of childhood before we transition into a socialized mind.

At this point we begin to understand that there is a truth and a reality outside of our own boundaries. We become willing to be part of a group, to compromise, to accept the direction of the group and be willing to subordinate our own interests for the group.

In the next stage of development, we transcend this and become capable of making decisions for ourselves and on behalf of a group. Beyond that stage the concept of co-authorship comes online, in which we understand that we are creating but are also open to the collective surrounding and have a sense of co-creation.

Each stage is more complex and transcends and includes the capacities of the previous one, meaning that one is more able to handle the complexity of world. This is why it’s so important for leaders to develop into the self-authored stage, or the self-transforming stage.

What is Developmental Coaching

The developmental approach is that there’s something about the way the client is making sense of the world that’s not helpful, and that if they could see things differently new possibilities would arise. We therefore look at the client’s sense-making and how it’s not working for them.

We are interested not in what the challenge is but why it’s feeling challenging to them. Asking questions such as “What’s the hardest thing about this for you?” helps ascertain why it matters to them and what that says about how they see the world.

Many clients seek coaching because they are struggling with the transition from “socialized mind” to “self-authoring mind”. They’re scared they’ll become arrogant, disloyal, disliked, less empathetic. They have to learn they can have their own center, make their own decisions and still be liked and respected.

As coaches it’s important we learn to coach our clients from the developmental transition they’re in, not the one we’re in – in other words, we have to relate to them where they’re at, and not from where we’re at in order for the coaching to be effective. This is why having a model of adult development is so useful for coaches.

Jennifer Garvey Berger helps individuals and teams to transform themselves and their organizations, to see bigger perspectives, to think in more creative ways, and to collaborate effectively. With her partners at Cultivating Leadership, Jennifer runs transformational leadership programs and supports organizations to use their leaders (and leadership development) to encourage and support whole-of-organization change.