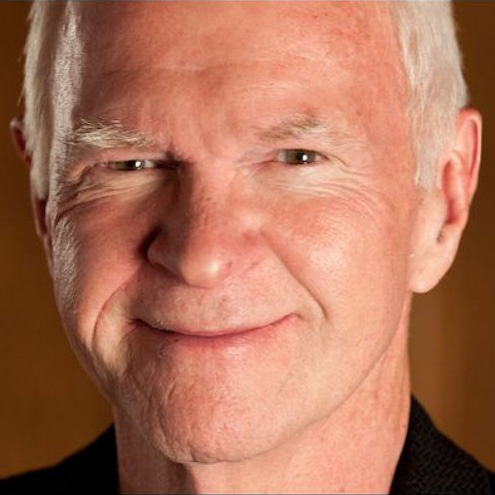 The world of peak performance has brought us many insights into how the psyche influences our behavior, but not so much on how that relates to personal fulfillment. So how do we move from doing excellent work to doing something that is excellent and also lights us up?

In this conversation with renowned psychologist Gay Hendricks we explore the difference between excellence and genius, what holds us back from our zone of genius and how to get onto the “genius spiral”.

What is the Genius Spiral?

Gay is famous for his work on what he named the “Upper limit problem”; the tendency to sabotage ourselves when things are going well. The idea behind it is that there’s a kind of ceiling that we hit, beyond which our system can’t handle the goodness.

What he then discovered was that beyond learning to stretch that ceiling, what gives people a sense of deep meaning and purpose is living in their zone of genius. Gay now describes that zone as a spiral – an open-ended movement, because once you open up to what your true genius is you tap into a field that is unlimited.

So what is genius? It’s what you most love to do, often what you loved as a child. When you do it there’s a sense of timelessness, ease and flow, and fluidity of experience unlike regular time.

We can be held back from it by ideas like “I shouldn’t outshine anyone”, “Who am I to…” etc., and have to shift to understanding that we’re allowed to have that much creativity and flow in our lives, that it’s possible, that we can invite it and cultivate it.

Asking wonder questions like “What if you spent 10% (or 50%, or 100%!) of your time doing what you love?” helps open up the mind to that being an actual possibility.

How to Begin Living on the Genius Spiral

The number one thing we need to start living more in our genius is commitment. Start by saying to yourself every day, “I commit to ending my negative thinking and liberating my true creativity”. If we can begin to open to our genius, allow it to flow through us, it will serve both us and the world.

The meaning we all seek comes from fully participating in the world – it gives us resonance and makes us feel connected to our fellow human beings. In the same way we need to fully participate in our own genius that wants to be expressed; this is the drive to avoid deathbed regret and simply requires that we make a commitment to living that and then start acting like it.

Even committing to focusing on your genius for just ten minutes a day will create change – open up to the wonder of that potential lying within, and begin to give it more and more space.

Dr. Gay Hendricks has served for more than 30 years as one of the major contributors to the fields of relationship transformation and body-mind therapies. Along with his wife, Dr. Kathlyn Hendricks, Gay is the author of many bestsellers, including Conscious Loving, At the Speed of Life, and Five Wishes.

After a twenty-one-year career as a professor at the University of Colorado, he founded the Hendricks Institute, which offers seminars in North America, Asia, and Europe. He is also a founder of The Spiritual Cinema Circle.