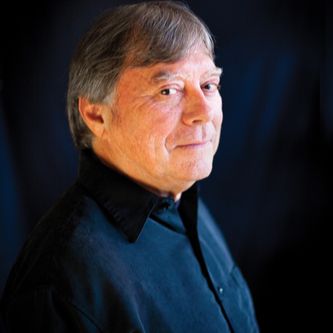 In a world that is suffering from a dearth of soul, how do we find our way back to deeper levels of meaning-making and identity?

In this conversation with storytelling and mythologist Michael Meade we explore the current state of the world through the lens of myth, the concept of unique individual genius and how to access it, and the role of imagination in bringing forth our calling.

A Loss of Soul

One of the many crises we currently face collectively is what Michael terms a “loss of soul”. Soul can be seen as the connective tissue of life; it’s a somewhat mysterious thing and we often only know it by its absence. It is what gives coherence to an individual’s life and is present when we feel in relationship with someone else.

In mythology there exists the idea that the individual soul is connected to the soul of the world. We are now in a period of collapse and renewal, which begins with a lifting of the veil, where things that were previously hidden come to light. As one era is ending a new one is also beginning; this is a deep truth of life but is something that we‘ve forgotten.

All over the world there are people in denial of the pandemic, and this effectively numbs the soul – it’s a defence mechanism that is deeply destructive. The healthy response to what is happening is grief – an emotion that unites, unlike denial, which isolates.

The Seed of Genius

Myth and imagination can help us tune into soul and our authentic expression of service in this lifetime. Stories from around the world tell of the seed of genius that comes in with the soul in each new life and the calling is the desire to awaken the genius that lives in that seed of the soul. It is something that serves not only the individual, but also improves the world.

The “genius” will often emerge between ages 9 and 11, but what usually happens is that the family isn’t interested – rarely do parents understand the genius of their children. The genius is always something that will challenge the person, and in that sense it is radical.

As young people and adults it’s something that others can often sense but may feel hidden to the person themselves. Sharing what we see as genius in another person would have been called a blessing in another age – all of us just want to feel deeply seen and sometimes receiving that can be the portal to stepping into our soul essence and calling.

The Role of Imagination

The genius is close to the wound – our deepest wound that wants to be healed in this lifetime is also the key to our particular genius. When we find the access point to either our wound or to our genius, the other is sure to reveal itself soon afterwards. Moving away from logic and towards imagination is crucial in this process of awakening genius.

Michael Meade D.H.L. is a renowned storyteller, author, and scholar of mythology, anthropology, and psychology. He combines hypnotic storytelling, street-savvy perceptiveness, and spellbinding interpretations of ancient myths with a deep knowledge of cross-cultural rituals. Michael is the author of several books and is the founder of Mosaic Multicultural Foundation, a nonprofit network of artist, activists, and community builders that encourages greater understanding between diverse peoples.