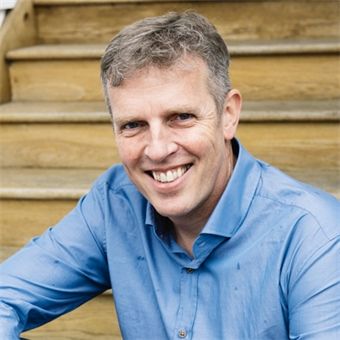 Our global reality is that organizations will decide whether or not humanity can shift enough to avoid planetary disaster, more so than politicians.

In this conversation with organizational consultant Dr Alan Watkins, we explore how to educate leaders about the developmental gradient, how to help them and their organizational values move up the levels, and the leading edge of our collective evolution.

As humanity moves with ever-increasing speed towards its own destruction, we as coaches must ask ourselves how we can accelerate the developmental maturity of key players.

Businesses are slowly starting to incorporate other metrics to their success valuation, exploring how to add in positive environmental and health targets. Some companies are consciously attempting to upgrade their cultures and this is where coaches can do enormous good.

Explaining how having more higher-level values embodied by the business can be framed as helping them connect with their customers, and this can be the entry-point for exploring the individual and collective developmental stages of the leaders and of the company.

The Evolution of Values

Each of these are measured and explored in depth separately and each of them provides information about the others. The easiest one to begin with for most people is values, because it has the most face validity. From here one can begin the developmental exploration with the client.

The green values system (in Spiral Dynamics) is the leading edge of our collective evolution at the moment and many companies are leaning into it, orienting more towards equal rights, diversity, inclusivity, care, and so on.

The aim is to get people to teal and yellow (second tier), as this is where we can really shift the state of the world. The best yellow leaders can move up and down the spiral and adjust their communication according to the people they are collaborating with, allowing for more buy in from people who might otherwise oppose something based on values.

For coaches this means educating leaders about the developmental gradient and helping them ascend further themselves as well as expand their capacity to relate to each level appropriately.

Helping leaders make the shift from concept-awareness to context-awareness and further to construct-awareness will bring about a world where we have more leaders who are able to be with complexity intelligently.

Dr Alan Watkins is the founder and CEO of Complete, a leadership consultancy that advises hundreds of businesses in diverse market sectors on how to grow their revenues, transform their strategy, step change their leadership capability and develop their culture. He is a disruptive thinker and a modern business innovator. Alan is a visiting Professor in Business at Kingston University, London and the author of seven books on a range of topics, from leadership to how to solve the world's toughest problems.